Russell and Cindy Campbell are independent filmmakers and photographers who specialize in underwater filming. They gave up their corporate careers in 2003 to follow their dream of filming wildlife. Their passion and work have taken them to many exotic destinations in pursuit of wild encounters with some of the ocean and land’s most impressive creatures. Their filming and photography captures the majesty of the world’s wildlife environment.

Russell and Cindy shoot with RED Epic Dragon, Arri Alexa Mini and RED One cameras, which can be housed in the Gates Deep RED Underwater Housing and do a bit underwater photography. 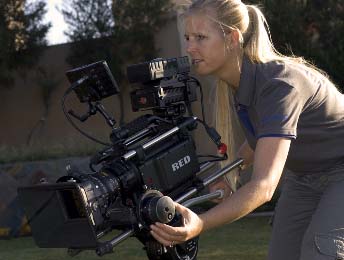 Russell has filmed for the BBC’s series by David Attenborough, ‘Life in Cold Blood – Armoured Giants’ which was awarded the Golden Panda Award at the 2008 Wildscreen Festival and filmed for Dorling Kindersley’s ‘Go Surf’ publication. He was the Director of Photography for the short film, Dirty Laundry, directed by Stephen Abbott, which won the 2012 SAFTA ‘Best Short Film’. He has also been the Director of Photography on various TV Commercials. His showreel can be seen on www.russellcampbell.co.za